Famous Photographers
There is more to photography than just freezing the right frame. Photography can have limitless categories and doing justice to all the pioneers of photography and even the current trendsetters would require the compilation of a photography Bible! When William Henry Fox Talbot invented the negative/positive photographic process, he probably had not imagined the intensity of the popularity of this medium. Today, photography is divided into different categories that can range from fashion, wildlife, interiors, portraits, abstracts, travel, food…. the list is endless. Let us take a quick look at some of the most famous photographers in the popular categories.

This American photographer was known for his chic and elegant frames especially post World War II. After his graduation in 1938, he was a part of the ‘Vogue’ magazine where he employed techniques such as the use of white or gray backdrops which was a big leap for his period. Always a step ahead of his times, Penn’s series on nudes created quite a stir.

This British photographer was widely known for his fashion photography in the ’60s. With a flair for adventure, it was reflected in his work when his models had to accomplish daredevil stunts for a pretty picture! With around 3000 commercials under his belt, he rubbed shoulders with London’s rich and famous and became one of the most sought-after celebrity photographers as well. 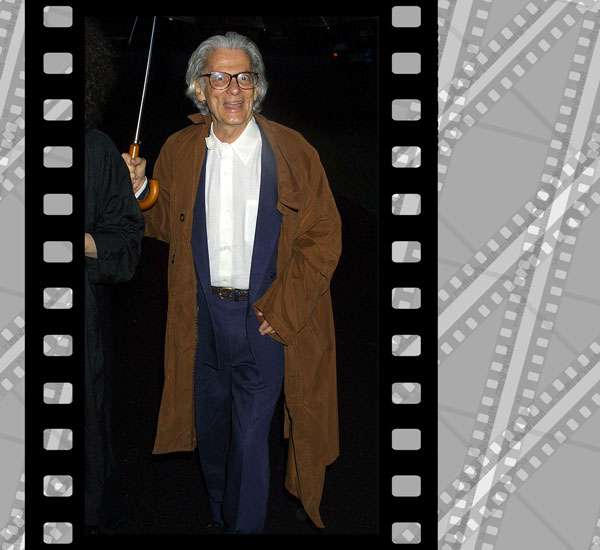 He broke away from the traditional way models faced the camera. This New York born talented photographer set up his own studio in 1946. He showcased his models in a natural light and his works found their way into the pages of magazines like ‘Vogue’ and ‘Life’. Avedon bagged many awards for his transformation of fashion photography during his time.

A hard-core environmentalist, this San Francisco born photographer was best known for his contribution towards black and white photographs. He always highlighted issues related to nature and created some epic photographic murals during his time. A recipient of three Guggenheim fellowships, he was first inspired by the works of Paul Strand.

Born in Rotterdam, Lanting is a popular name for magazines like the ‘National Geographic’, ‘Life’ and ‘Outdoor Photographer’. Having traveled to various places, Frans had an inclination towards the flora and fauna of the tropical rainforests which culminated in an exhibition in the Field Museum of natural history.

For years Galen explored his relationship with the wilderness and captured it on his camera to captivate people. A winner of the Ansel Adams Award for wilderness photography in 1984, he also worked for reputed publications. He went in-depth when it came to his photography and scaled new heights in this subject. He went on excursions and climbed mountains which added a different flavor to his frames.

A French photographer, he has influenced photojournalists for many years. From the modest brownie box, he moved on to the Leica camera and created visual sagas. He received international acclaim for his coverage of Gandhi’s funeral in India in 1948. He traveled extensively around the globe and firmly believed that photography was all about capturing the right image at the right moment.

Recipient of the Pulitzer award and over 500 prizes to his credit, it was the Vietnam War that saw him get recognition for his best-known photograph which shocked people around the globe (clicked on Saigon street). Adams was a known figure for his portraits of celebrities, politicians, and wars. He believed the particular scene could always be manipulated to change the actual truth as seen by the photographer.

Although his origins have created confusion, Felice Beato was one of the first famous war photographers. His inclination to travel saw him capture many moods and moments of the people from different lands. He went from India to Japan and even China. Felice captured the Indian rebellion of 1857 and the second Opium War on film. His powerful and long-lasting images influenced other photographers as well.

Born in Nagasaki, Ueno had exceptional judgment when it came to portrait and also landscape photography. He started out with his own commercial studio and gained experience in portrait photography by snapping a lot of Japanese people (who were hesitant initially) and even foreigners. He even photographed the Russian Crown Prince in 1891. The “Kyushu Sangyo University Photo Contest” was established in 2000 in memory of Ueno Hikoma to encourage budding photographers.

Although Halsman suffered a few setbacks in his personal life early on, he went on to gain a reputation as one of the leading portrait photographers of his time. A Latvian-born American, his images were sharp and dark unlike the soft look generally used for portraits. After contributing to magazines like the ‘Vogue’, he scaled new heights when he met the surrealist artist Salvador Dali. It took him three hours to photograph the ‘Voluptas Mors’, which was a surrealist portrait of Dali, a skull and seven nude figures. He also developed the philosophy of jump Photography, to display the ‘real’ person within. In his booming career, he had also captured celebrities like Alfred Hitchcock, Marilyn Monroe, Winston Churchill, Judy Garland and Pablo Picasso on a frame.

This Japanese photographer was best known for his monochrome portraits in the Asakusa area of Tokyo. His early years witnessed a lot of struggle and spent his free time photographing visitors in Asakusa. A perfectionist at what he captured, Kikai would wait for a period of three days in the sole expectation of finding a subject he liked. He used the backdrop of Asakusa because he was really fond of the natural environs. In the year 1987, Ecce Homo was the first collection of these portraits to be published. His portraits from India though were contrasting to his formal pictures in Asakusa.

It was when he served the US Marine Corps during World War-I, that connected Abrams with aerial photography. Seeing his squadron’s photographic depictions of the rebel activities in Haiti, he decided to pursue this art. It was in 1923, he purchased the Standard J-1 and founded the Abrams Aerial Survey Corporation. It researched ways to develop better-equipped cameras and other gadgets related to this field.

Born in Chicago, Illinois, Garnett began his career as a photographer and a graphic designer in 1938. He assisted the U.S. Army in the production of training films for the U.S. Signal Corps. By 1949, he had purchased his first plane and moved on to aerial photography, a subject that had held his interest for long. A winner of the first three Guggenheim fellowships, he moved on to purchase a Cessna 170B in 1956, which underwent modifications to suit his photographic requirements. Armed with a Pentax, he created many visual stories that were featured in the leading national magazines in the years to come.

Some more famous names in various other fields of photography are as follows:

Photography has branched out into many more categories than the ones covered here. Underwater photography, satellite photography, documentary photography and advertising photography are also becoming increasingly popular. The Internet will prove to be a useful tool if you need to refer to the works of famous photographers who have paved the path for many. If you think you ‘click’ with this medium, then you can definitely look forward to a creative and lucrative career ahead!

How to Hire a Photographer for Your Event

Choosing A Subject In Photography

How To Create A Professional Landscape Photograph

How Hard Can It Be To Take Our Own Wedding Pictures

A List of the World’s Most Famous Nature Photographers

How to Hire an Architectural Photographer